Like George, You Have Been Shown Your Life’s Purpose! 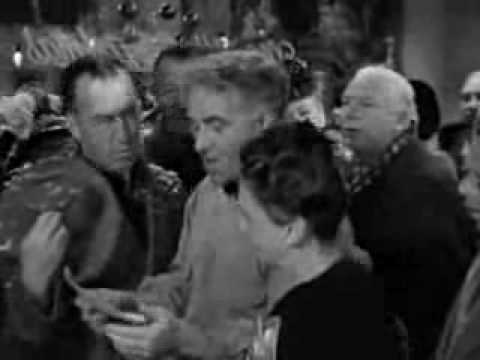 George Bailey is about to give up when God intervenes and sends a messenger to help him. The messenger awakens George to the purpose of his life, which is to help others. George responds to what the messenger reveals to him by accepting a renewed life from God. Immediately George sets out to share his new life with others! Starting with his very own family and friends.

When we are reconciled to God through Christ we are given a new life. 2 Corinthians 5:17.[1] This is God’s plan all along for any who will accept that they are lost in sin and in need of a savior. When we accept that Christ alone can save us and we turn to him for forgiveness he completely forgives us. Only God is powerful enough to do this.

Our purpose as people reconciled to God in Christ is to share this good news with others. God teaches us his plan for how to use Christians and the body of Christ, the church, to continue to reconcile people to himself.

God’s Plan For Our Lives

In the beginning God created mankind. Genesis 1:26-28.[3] God created a place for them to take care of and they were not ashamed.[4] God walked in this place with the people he created, a garden.[5]

Very quickly we see that God’s first humans, just like us, lost their relationship with God because they sinned against him by disobeying him.[6] But God was not done with us. He chose to bless us with a covenant of forgiveness and reconciliation.

Reconciliation with God Begins with a Covenant

The Church is The New Israel

The Mission of the Church

We are called by God and reconciled by the blood of Jesus. Jesus has commissioned us to share the good news of reconciliation. Matthew 28:19 says, “Therefore go and make disciples of all nations, baptizing them in the name of the Father and of the Son and of the Holy Spirit.”

God’s Resources to reach the lost

God helps us reach the lost through three main resources. His Word, his Spirit, and those he has reconciled to himself through the forgiveness of sins in Christ, his Holy people.

As a fellowship of believers we are expected to carry out the mission of the Church. We are given an example of how we are to do this in Acts 2:42-47.[20] “They _____________ themselves to the apostles’ teaching and to _______________, to the breaking of bread and to ______________. 43 Everyone was filled with awe at the many wonders and signs performed by the apostles. 44 All the believers were together and had everything in common. 45 They sold property and possessions to give to anyone who had need. 46 Every day they continued to meet together in the temple courts. They broke bread in their homes and ate together with glad and sincere hearts, 47 praising God and enjoying the favor of all the people. And the Lord added to their number daily those who were being saved.”

A Practical Way to Reach People For Christ

Each One Reach One. Commit to reach out to just one person at a time. Once you have reached someone for Christ invite them to do the same. Imagine if just every six months one person was reached by one other person. Look what could happen at the end of five years. Look at 15 years!

List one valuable insight you have gained from each of these sections.