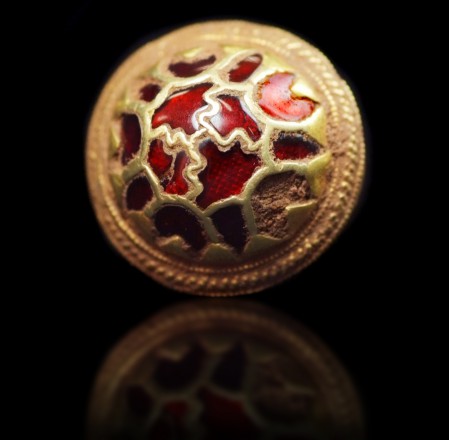 In 2009 an ordinary Englishman found a treasure buried in a field that has turned out to be the greatest Anglo-Saxon treasure ever discovered. Down on his luck, Terry Herbert said he had been out exploring with his metal detector when he came across a shocking cache of ancient silver and gold in a neighbor’s field. He unearthed so much treasure the find disturbed his sleep. “Imagine you’re at home and somebody just keeps putting money through your letterbox. That’s what it was like,” Herbert told Britain’s Press Association. “As soon as I closed my eyes I saw gold patterns. I didn’t think it was ever going to end.”

What Does it Mean to Seek God?

If seeking God is going to be your priority, what areas of your life must move down on the priority list in order for you to seek God first? Ask yourself what do you dedicate your time and money to? In Luke 12:24 it says, ” For where your treasure is, there your heart will be also.”

Seeking God is very much like Terry Herbert seeking treasure. We don’t really know how big the find knowing God can be until we begin to find God. Once we do recognize how big a treasure knowing God is then it is easy to decide to commit all of our selves to “owning” the treasure of God. In fact Jesus told two parables specifically describing this.

How Do We Seek God?

It is one thing to look for treasure in a field. But how does a person go about seeking an unseen God?

It begins with you believing that if you seek God you will find Him. It begins with faith. Hebrews 11:1 says, “Now faith is confidence in what we hope for and assurance about what we do not see.” In other words, faith is trust based on confidence and hope. In John 20:29 it says, “Then Jesus told him, “Because you have seen me, you have believed; blessed are those who have not seen and yet have believed.” And in Hebrews 11:6 it says, “And without faith it is impossible to please God, because anyone who comes to him must believe that he exists and that he rewards those who earnestly seek him.”

What does the story of the widow and the three things in Matthew 7 have in common?[10]

We Study, Practice, and Teach

The best way to know something is to study it, practice it, then teach someone else. The same is true with seeking God. It isn’t enough to have faith if you don’t act on it. James 2:17 says, “In the same way, faith by itself, if it is not accompanied by action, is dead.” God inspired the Scriptures to be written for you. The Bible is where we learn about God. When we study “Life’s Most Reliable Guide” we “Find our Way” by knowing what to practice as we seek God.

In 2 Timothy 2:15 Paul instructs Timothy by saying, “Do your best to present yourself to God as one approved, a worker who does not need to be ashamed and who correctly handles the word of truth.” The Amplified Bible says this:[12]

Seeking God means you do something. You make a choice to study the scriptures and you take action on what you learn.

Prayer is first and foremost an effort on our part to talk to God. We do not need to use fancy words or think that our prayers need to be long or short. In Psalms 66:19-20 it says, “But God has surely listened and has heard my prayer. Praise be to God, who has not rejected my prayer or withheld his love from me!”

Oswald Chambers said, “When a man is at his wits’ end it is not a cowardly thing to pray, it is the only way he can get in touch with Reality.” Another time he said, “We have to pray with our eyes on God, not on the difficulties.”

Jesus even gives us a model prayer in Matthew 6:9-15.[17] This is what is commonly called “The Lord’s Prayer.” First we acknowledge that God’s will is what matters first. Then we ask God to take care of our needs and to forgive us. Finally we forgive others.

The late Keith Green believed in prayer so much that everything he did as a musician and minister was surrounded by prayer. His wife said after his untimely death in an airplane crash, “Prayer is essential! When Keith recorded each of his albums, we had constant prayer in the studio, and at LDM. We also had intercessors praying during his concerts.” Here is Keith Green singing his song “Make My Life a Prayer” followed by a brief prayer.

Are You Seeking God?

On a scale from 1 to 10 rate your relationship with God.