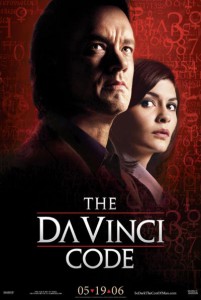 One day Jesus was walking with his disciples and he asked them, “Who do people say I am?”[1] It was a good question because many people were not sure what they thought about Jesus. Was he a just wise person? Was he a prophet? Was he the long awaited messiah who would save the world?

Here at the beginning of the 21st century this is still the most important question: Who is Jesus?

So, who do you say Jesus is?

Is he an interesting historical figure? Is he just an influential religious personality from the past? Maybe you see Jesus as a great prophet or teacher like Confucious or Plato. Or do you see Jesus as the the son of God?

Chronicles of Narnia author C.S. Lewis said of Jesus that he was either “Lord, liar, or lunatic” because of the claims Jesus made. Lewis said any man claiming to be the son of God and who claims to be able to heal the sick, forgive people’s sins, and who says he will die for the whole world and then rise from the dead, can never simply be looked at as a wise teacher. Here is a recording of what Lewis said. Either these things are true or Jesus is a liar or crazy.

Jesus Is The Living “Word”

The Gospel of John was written in ancient Greek. In the original Greek the word for “Word” is “Logos.” Logos has a far deeper meaning than just “word.” Logos means “living word.” When the ancients spoke of Logos they spoke of the words that brought order to the universe. Saying that Jesus is the Logos is saying that Jesus is the Living Word of God.

In Genesis 1:1-31[5] we see that God didn’t just create the world and everything in it, God actually “spoke” the world into existence. The Word of God created everything. God “said” “let there be light.”

Is Jesus Lord? There is not better way to answer the question than for you to read the Scriptures yourself. Look at these passages describing what is said about Jesus and what Jesus did.

The Works of Jesus Prove His Divinity

Look at the three following scripture passages. What miracle takes place in each scripture that provides evidence that Jesus is God?

Jesus Is The Savior

How is Jesus the savior? You are probably familiar with the story “Remember the Titans,” but do you know the story, “Remember the Duck”?[16] Just like in this story, Jesus stands at the window of our lives and sees everything we have done and will do, the good, bad, and the ugly, and he chooses to forgive us. It is up to us whether or not we seek his forgiveness.

Jesus Atones for our Sins

To “atone” means to repair or mend a relationship damaged by a willful wrongdoing. To say Jesus “atones” for our “sins” means that he fixes what we have broken.

The story of what Christ suffered for our sins is recorded in all four of the Gospels, Matthew, Mark, Luke, and John. Here is the account of Christ’s death in Matthew 26:47-27:66.[22]

What personal experiences or difficulties can you compare to the sacrifice of Jesus on the cross?__________________